“Do you hear those wolves howling? 😬”

(The emoji was implied.)

Since we live in a large-ish city, howling wolves are not something we hear in our daily life. While I was laying there enjoying the show, I was thinking about how if I were back at home, I’d probably be checking in on Slack right about now (an entirely different type of howling.)

Camping on a beach and updating a Confluence page are worlds apart, but during the 54 km (33.5 miles) of hiking my wife and I did that long weekend, I started to think about how there are parallels between productivity and learning a new skill or starting a new activity or hobby.

In my case, it was backcountry hiking and camping (I wanted something active, away from technology, and I wanted to explore more of our Province), but the same concept applies to anything.

Here are some of the things I thought about at the 10 km mark when I was trying to avoid yet another mud bog:

Preparation is important… to a point

When we are starting something new, it can be tempting to rush in and start doing. We want to get started as quickly as possible.

Speed of execution is important, but so is making sure we are doing the right things and getting the right result. Some things to consider:

When it comes to backcountry hiking, the importance of preparation should be obvious.

You might see a picture of my wife looking much happier than she will after hiking 18 km after taking this picture, but I see:

Besides, the Ten Essentials, I needed to make sure I had the right equipment, permits, weather forecast, food, knowledge of where we were going and where we could camp, what to do in an emergency, what to expect from the trail, and what the drinking water situation was.

Having said that, there’s such a thing as too much research and preparation. You can read books, blogs, forums, trip reports, Facebook and Reddit groups forever: eventually, you need to leave the house and go.

That’s one reason we started our Do The Damn Thing sessions in The Dojo, our online productivity community. We noticed that productivity tips and information are good to a point, but to truly increase productivity, you need to take action.

At first, it was overwhelming trying to figure out where to start. We had camped before, but it was all car camping at campgrounds with facilities. Almost nothing I had would be appropriate for what I wanted to do. Anything I chose needed to fit on my back.

I decided to follow the advice we always give at AE and break the project down into smaller chunks. At a high level, it came down to:

I tracked it all in a Google Doc and used OmniFocus to track specific tasks.

One area where productivity and backcountry camping is very similar: there is a never-ending number of tools you can use, and people have very strong opinions!

Productivity has productivity apps, task managers, Pomodoro timers, calendar apps, note-taking apps, writing apps, paper notebooks, and more. It’s hard to know which of the many productivity tools you should use.

In both cases, we all want to know what the “best” tool is, which in the end is a difficult if not impossible question. There are so many variables, goals, and experiences that can influence things, and in the end, it comes down to what is right for you.

In addition, there is a confusing amount of conflicting advice: One person swears by OmniFocus, Evernote, and Mailplane. Someone else uses a Bullet Journal and Outlook. Both are “right”.

With camping, 2 people might have completely different experiences with a particular sleeping pad: one person sleeps better on it than their bed at home, and someone else says it is the most uncomfortable thing they have ever used.

In the picture above, you see that my wife and I brought chairs. Many people would consider that a complete waste of weight. Why not just sit on a log or on the sand? Others (especially those older like we are) find the comfort is more than worthwhile. Again, both opinions can be right!

How do you find out what works for you?

The easiest way to find out if something will work for you is to try it!

If at all possible, do a small test. You don’t have to go all-in on a new task manager or note app right away. Do a small project with it, and see how it goes.

To test out my gear, I did a small solo overnight trip to a place an hour and a half from home, and then an additional hour hike. That way, if there were any big problems, I’d always be just an hour from my car.

While my morning coffee beside the river worked out well, I found that my cheap sleeping pad I had purchased off an Instagram ad was not going to work out for me after all (who could have seen that coming?).

It seemed OK at home, but one night in real-world use made me realize I should have just invested in quality from the start instead of trying to cheap out (a lesson I keep trying to learn…).

As a counter-example, we broke the “start small” rule with my wife. Our long hiking trip was originally going to be me going solo, and she was a last-minute (but welcome) addition.

Due to a USPS shipping issue that was solved with amazing customer service by Gossamer Gear, I ended up with two backpacks. Against my better judgement, she used the second one.

The backpack is amazingly lightweight and I love it, but I am over 6’1” and she is 5’0 and tiny. So the backpack, while amazing for me, didn’t fit her properly, which made the hike extra challenging for her when loaded up.

(Again, this is not a problem with the pack itself – if we had bought one her size it would have been great.)

Had we “started small” with her, we would have found this out with a short test hike instead of 18 km through mud and over logs.

As you’re going through a project, you will hit obstacles (or as in the previously seen, large mud puddles).

It might be something simple like an email or Slack message expressing gratitude. In our case, it was a break for a chocolate peanut butter protein bar or enjoying Pad Thai after the first day of hiking. Sitting on the beach watching whales play off-shore was a good recharge for the next day’s hike.

Learn From Those That Came Before

Thanh has a productivity quote that is very true: “Whatever you’re trying to do, someone has already figured it out.”

Chances are, whatever you are trying to do has a community of people who have solved the problems you are going to come up against. You could learn from productivity books, but it could also be more senior people in your organization, a professional group, a networking group or an online community.

I learned a lot from blogs, Facebook groups, and Reddits like /r/ultralight (don’t tell them about my chairs).

Get Others On Board

The easiest way to get others on board with what you are trying to do is to show success. It is hard for people to visualize what they don’t have experience with, and they may have legitimate (or not so legitimate) objections.

I used my “Start Small” solo trip described above to show an early success to my wife, who then decided to join me on our longer multi-day trip.

After our successful trip, we were able to get our teenagers semi-interested enough for a “start small” trip of their own, which we did this past weekend.

If I had tried to drag the whole family out from the start, I could have met more resistance/teenaged complaining.

Now that our “start small” trip was a success, I can leverage it into a larger trip.

Do you find yourself running into the same issues and annoyances over and over? It happens to all of us.

Or perhaps you realize you’re doing things in the same way “just because” that’s always the way it has been done.

We have recorded productivity podcasts about using tricks like The 3X Rule, and since I was using these hiking trips as a learning opportunity, I kept a running list of improvements to make.

For example, as our trip went along, my wife and I realized some of our driftwood poles were too short to position our tarp the way we wanted, so as the days went we replaced some.

During my “Start Small” solo trip, I started a list in Drafts on my phone of improvements I needed to make in the future.

I quickly made the first entry:

(Apparently, checklists can only do so much.)

I kept a similar list for our longer trip and will keep doing this every time so that we are always improving.

As we always say at AE, small changes lead to big results.

As I’ve said, reading articles and watching Youtube videos is no substitute for taking action.

I think of it as a cycle:

For the reward part, we made sure to book ourselves a nice hotel after we got off the trail.

Unfortunately, the elevator was broken so we needed to take the stairs to and from our room: not what our legs wanted to hear.

Ah well, yet another obstacle for us to overcome. At least there was no mud.

There is a tendency to think of productivity strategies as being “just” for getting more done at work, but if there’s a new hobby or skill you want to learn, try applying this framework. It works for more than you’d think. 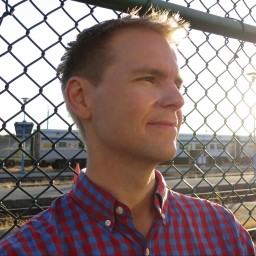 I love taking technical topics and translating them so that they make sense to non-nerds. I'm a Chartered Professional Accountant and have been a software developer and have run software support in very small startups and extremely large public corporations. I strive to be relentlessly helpful in everything that I do. I live in Vancouver, Canada and insert extra u's in many of my words.